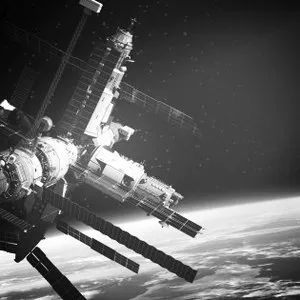 Counting down to liftoff....

If the idea of sending something into space on a rocket to the International Space Station seems like a far-out concept, you'd probably not be alone in your thinking.

However, two people passionate about space, science and technology have made this reality for over 1000 Australian high school students. In 2016, Solange Cunin and Sebastian Chaoui launched the Cuberider learning program with the aim of turning STEM into an  exciting, creative and highly collaborative exercise.  The program gives young students practice in the highly sought-after skills they'll need for their future careers, such as coding, data analysis and critical thinking.

Generally delivered over a whole term, high schools in the program turn their classroom into "mission control" and complete learning via the Launchpad online portal.  The portal (hosted on Microsoft Azure) houses all the activities, learning material and teacher notes to prepare students for launch!

From here the creativity really begins.  Students are encouraged to think big, designing their own hypothesis and experiment, utilising their collaboration and problem-solving skills. Once a testing process is complete, the crescendo of the program incredibly sees the experiment students have produced launched on a rocket to the International Space Station!

The launch is streamed live so students can watch and feel a special part of this event.  The fun is not over once the launch is complete:  NASA astronauts then connect students' experiments recording the data allowing students to review and analyse the findings.

With over 100 experiments on board, Cuberider's first space mission was launched from Japan on December 11th, 2016. It holds the honour of being the first Australian launch in decades and the first ever mission to the International Space Station for Australia.

To find out more about the Cuberider program visit their website.

Return to top of page

We would like to pay our respects and acknowledge the traditional custodians of the land and also pay respect to Elders both past and present.

Copyright for this website is owned by the State of New South Wales through the Department of Education. For more information go to http://www.dec.nsw.gov.au/footer/copyright.